Mindset for training and competing

Often I’m asked (and see others asked) about what they’re thinking when they’re about to attempt a new 1RM or heavy set. People always bang on about how they ‘knew’ they had the lift before it even began, or had no doubt they would fail. Now sure, this sounds great for sounding badass when they get the lifts, but what happens if they didn’t get it? How would that rock your confidence or ego if something you ‘knew’ was wrong?

Many years ago, I absolutely hated squatting. I’ve talked about it before, but I would often sit in my car for 20-30 minutes before a squat session with the loudest music I could find, inhaling the most stimulants I could get onto, just to prepare my mind for squatting. Not going to a new 1RM mind you – just a normal training session. Once I finally was in the ‘zone’, I’d start the sets. Now, I’d been told about the ‘certainty’ and ‘confidence’ that you -needed- before squatting, so this is what I would do; yelling internally and externally, telling myself how I was going to get it, etc. Now, often this worked with one downside – by the time I got home, I was so amped up I couldn’t sleep, and my CNS was so fatigued by all this stimulation that I would be wrecked for the next few days (compounded by not being able to sleep). This wasn’t that much of an issue. What was an issue was when I told myself how ‘certain’ I was going to get the sets done and then failed. The disappointment. The self-doubt. The hate of squatting and gym in general. This continued on for some time, until an injury put me out of squatting for a while so I could take some time to reassess.

I did a lot of reading in this time, both about physical and mental approaches to training. Somewhere along the way I picked up the idea that certainty and ‘knowing’ the outcome of an event you can never 100% predict wasn’t the key – as I’d noticed personally, and through watching others compete, it often leads to complacency (how many people have you seen getting hurt on warm-ups because they were working sub-max?) and disappointment (how many people have you seen having a hissy fit when they missed a lift?). A new approach was needed, and I worked on it slowly over the next few years.

During this time, not only did I stop hating squatting, but I found I could easily go from being calm and relaxed, to super focused on lifting without needing any external stimulation (music, caffeine, etc) and hitting maximal weights, then back to calm and relaxed almost instantaneously. I’m not saying this will work for everybody, but I’ve noticed many of the quieter, high-achieving lifters have the absolute same approach.

When I walk a heavy squat out, or feel a bench press in my hands, I truly have absolutely no idea if I’m going to make the lift or not. None whatsoever. While squatting down or bringing the bar to my chest, I have no idea if it’s coming back up. The only thing I know is this – I’m going to give it 100% to finish the lift. That’s it. It sounds ridiculously simple, but that is all I’m thinking about. If I make the lift – excellent. I’m pretty happy with all of my training (actually being able to get some results now I’ve spent my time fixing little injuries), so I’m grateful for any successes I have. If I miss it – excellent. I know deep down I gave it everything, and if it just wasn’t there on the day (which can be caused by many, many factors you can never really plan for – lack of sleep/food, poor hydration, excessive fatigue or just not being strong enough).

So the next time you’ve got a heavy set coming up, give it a try. Stop with all the yelling and craziness, destroy your expectations and just focus on putting everything you’ve got into that lift. If you get it, awesome! If you don’t, then you did everything you possibly could to make it happen and just came up short – and there’s nothing to be disappointed about with that. 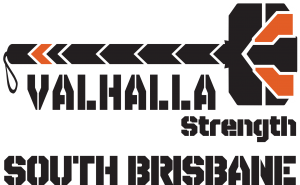 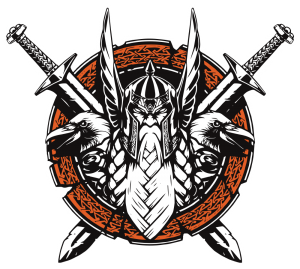